UPDATE**  due to firefox no longer supporting grease monkey..Tampermonkey will do the same job you can get it here    Tampermonkey
However not all of the scripts may work with it

What is Fleetsaving?
Also known as Fleet and Resource Saving or FRS, is a proactive action to protect your resources and ships when you are not actively using either.
No Fleetsave = No Fleet Why bother to FRS?
All active players are at risk of attack. If your ships or resources are sitting on your planet they are a target and if you do not protect them while you are away, you will lose them REGARDLESS of the amount of defenses you build.
No Fleetsave = No Fleet
Example, planets ‘protected’ by 39 Zeus have been raided as have immensely well ground defended planets (ie, 300+ plasma etc)
How do I Fleetsave?
That depends on what you have available:
New to the game:


You’ve just started; have no ships and limited resources. Build mines with solar arrays to power them and/or research. Buildings and Research (unlike defenses) can not be destroyed or taken away.

Look Ma’ I got ships:
Your fleet is growing but Dionysus Class Recycler is still locked (Shipyard 4 – Jet Drive 6 – Shield 6). To protect your ships send them on a slow attack mission:


• Find an inactive target. These can be found in the galaxy view with either (i) or (I) in orange next to the player’s name. * there may be other letters in the parenthesis, such as ‘n’, ‘N’, ‘d’ or combinations such as (idn), if it contains ‘v’ or ‘s’ you will not be able to attack
• Probe the target. Important so you do not encounter unexpected defenses (all defenses are automated, so even if a player is inactive all planetary defenses will work).
• Adjust the speed of your attack to half the time amount of time you will be away from your computer. Attack time is only the amount of time to the target, not total flight time. Example: If you are going to be out for 8 hrs, slow down your fleet by adjusting the percentage of speed you fleet travels to 4 hours. Your fleet will travel 4hours to the target and 4 hours back to your planet. * a few minutes too long and waiting for your fleet to return is better than coming back to a debris field.
• Enjoy the spoils of your attack and safely returned ships

These methods can be oracled (watched by a moon) and Oracle lock is possible, where an attacker will time the attack to land a split second after your fleet returns home.
Dionysus Unlocked!!
With the Dio unlocked Fleetsaving just got easier and safer. With at least 1 dio in your fleet you can send the entire fleet on a harvest mission. If there is a debris field around you can target that, any galaxy position (planet or empty planet slot), or a planet that you think may be attacked (sometimes you get lucky and can harvest a debris field)
• Go to Fleets menu
• Select the fleet to save, be sure at least 1 dios is included, or click select all.
• From the bottom of the fleet page choose Harvest
• Adjust the speed (percentage) and target of your harvest to half the time amount of time you will be away from your computer. Travel time is only the amount of time to the target, not total flight time. Example: If you are going to be out for 8 hrs, slow down your fleet by adjusting the percentage of speed you fleet travels for 4 hours. Your fleet will travel for 4 hours to the target and 4 hours back to your planet.
• Add resources to your fleet. Type in the amount of resources in the box or click MAX.
• Do this for every planet.
Harvest missions con not be tracked by and Oracle.
This is the reason this is the only way to fleetsave as soon as the dio is unlocked.
Be sure to make your fleet return after your online, better to wait 10minutes than have no fleet when you return.
No FRS = No Fleet
Tips
• If you find you have too many resources to completely resource save them all, then start of a slow building project or research project that will finish when your back online, this way you can hide the resources and simply click cancel when you return.
• At higher ranks be sure to vary your fleetsave times, certain hardcore players may spend weeks watching for patterns in your fleetsaves and try to land between your fleetsave landing and when they think your actually online.
• Always have your fleet land after your online, better to wait 10minutes than have no fleet when you return.
• You can leave a batch of probes behind when you fleetsave, that way while you wait for your fleetsave to return you can start to probe for targets.
Ways You Must Not Fleetsave
Even if you suddenly think ‘ooo a new way to fleetsave more cheaply or easily’, take it from those who know, the methods below do not work.
• Trading, fleetsaving by initiating a trade and leaving it pending does not work, if you are probed the pending trade will show on the report, if you are then attacked then the trade is cancelled and the battle occurs as normal.
• Slow attacks, not only are slow attacks classed as harassment, they are also trackable by Oracle users and your fleet will likely be destroyed on it’s return.
• Colonisation, you cannot colonise a planet currently occupied.
more info at: http://wiki.playstarfleet.com/index.php/Fleet_saving
No Fleetsave = No Fleet

If you come online to find yourself under attack (or become a target while online) there’s a few things you should do:


- firstly, stay calm and don’t panic, if you panic you will make a mistake
- check the eta of the attacking fleet
- change to another planet in a different galaxy, often attackers will recall if they see the * appear for too long
- report the incoming to the rest of the alliance

When reporting the incoming attack:


- work out the time the attack lands, in gametime please.
- place a message ingame with the title ‘Under Attack: g23, Lands: ’
- include details such as, the coords of your planet, your defenses/ships at home, as much detail as you can about the attacking fleet, the attackers name and coords.
- log on to IRC

If people are available to defend and the time allows it, then it will be attempted. Or if there is someone near that has an oracle, they can attempt to trap them on their return should they land.
If the attack is too near to landing and no moon owners can assist. You can try

Do’s & Don’ts of Colonisation
Do…
- make use of all 9 slots, even if you only have a colony for a few days, you’ll be gaining income from it where as a slot not being used is not generating you income.
- have your highest earning planet set as your homeworld (do this from settings at the botto of the page), this only really applies if your using the ‘gift’ system connected to your facebook friends.
- remember to make use of droids on all colonies, they may only give a 2% increase but every little counts and you can add one extra droid every 3 levels of mine.
Do Not…
- keep any colony with slots less than your homeworld
- have all colonies in the same sector, if you do fall victim to attack, having all your planets in one place will likely result in each planet being attacked.
It’s Advisable Not To…
- have all planets in the same galaxy, similar to the reason for not having them in the same sector, with the added bonus that spread out colonies are hard to trace for most alliances.
MAC Guide
MAC stands for ‘Mobile Attack Colony’. MAC’s are used to allow for shorter attack times and to open new areas of the universe to attack.
Be sure to scout areas out covertly before moving, probing people before you arrive will often tip them off. It’s hit and miss but more often than not you’ll find a target very quickly.
The best way to work a MAC is to use two colony slots, land on a new area with one slot and multiple gaia, once your ready to move on, colonise the new area, leaving behind enough cargo ships to send all the gained resources to where ever you want to send them. Once the cargo fleet has deployed home, you can abandon that colony and send the transport fleet to your new location, repeat the cycle over and over until you’ve destroyed everyone everywhere.
What to build?
A lot of players that I have encountered who use a MAC fall for the same mistake, they build hydrogen storage buildings. There’s no point in building storages for a MAC, the idea is to move on within a few days, and most of the ones I’ve seen haven’t even got any hydrogen income. If you are to build anything on a MAC it should be a few levels of hydrogen synthesiser, at least then when your offline your gaining a small amount of hydrogen to fuel your fleet.
What Ships To Send
Hades are the cheapest big ship for hydrogen consumption, and hercs are fairly cheap to fuel to send resources home with. But it depends how far your going so work out whats best for you. Ships like Athena and Dionysus are incredibly expensive on fuel.
Slot Guide
When colonising it’s vital to remember that slots are not upgradeable (terraforming is not cost effective in reality) so try and try again to get a high number of slots.
Every building and building upgrade uses up one slot.
Each planet number in a sector has a given limit to the minimum and maximum slot count, and also a small chance of getting a ‘mega’ planet or ‘puny’ planet. Slots 4 to 8 have the best chance of getting a higher number of slots, where as 1 to 3 and 9 to 15 have a lower chance.
As well as the variation in size of planets, planets closer to #1 are closer to the sun and therefore gain more energy from Helios, and planets closer to #15 are colder planets and gain a boost to hydrogen production. Overall it’s more cost effective to go towards #1 as oppose to #15, the benefit of Helios far outweighs the boost to Hydro production. 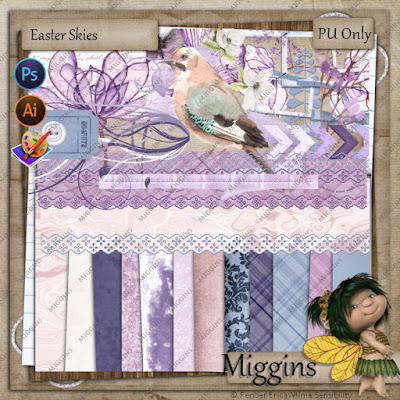 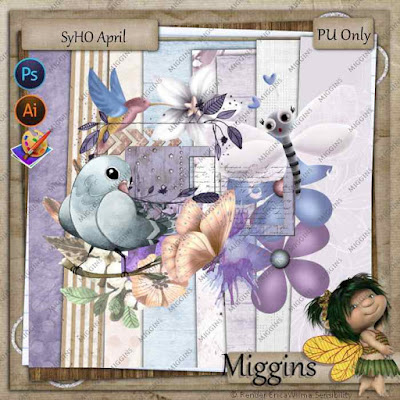 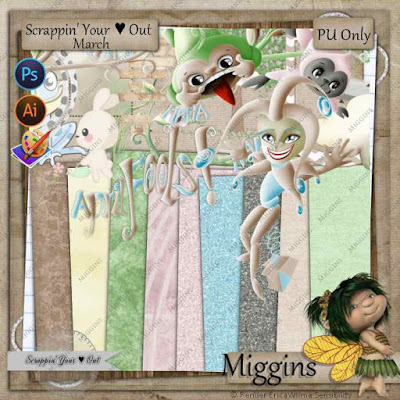 Scrappin' Your ♥ Out Blog Train March

A Full size Minikit for Aprils fools day lol 3600px papers fs elements  300dpi FS Alpha  300dpi Download and enjoy here Minikit Alpha The other stops..dont forget to leave some love   Miggins Charlottes Web Disyas Digital Designs Mythical Designs Crazy Cat Creations Doodlescrap Design     Check out our Blog   and if you are a designer and would like to contribute to the train with us come and join our FB Page (designers only and make sure sure to answer the questions please) 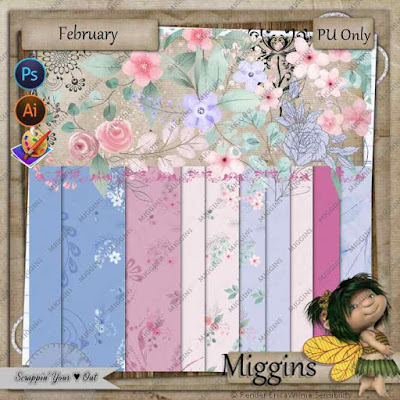 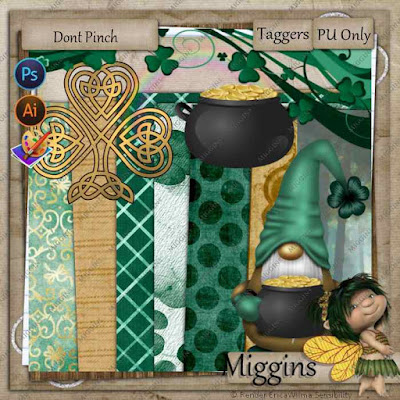 Happy Paddys day  This is a full size mini kit papers and elements are 300 dpi and Tagger sized Enjoy Download here THE OTHER BLOG TRAIN STOPS ::   Miggins     Carmins Chaotic Creations   Savage Dezines        If you are a designer and would like to join the  train visit our   FB PAGE Or Follow Us as a collector  HERE 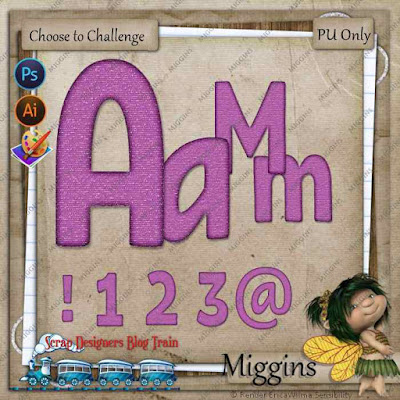